Is Universal Life Insurance A Scam?

…Everything You need to know

Navigate
Are you are wondering "is universal life insurance is a scam"?
Types of Universal Life policies Available
How Does it work
UL Illustration: An Ugly History
What About Payments?
Indexed Universal Life
Guaranteed Universal Life (GUL)
Why You Should Use an Independent Agent when Shopping for Universal Life Insurance.
Case Study Pricing GUL Policies
Your Next Step

Why you can trust this review

At Bequest Mutual Life Insurance, we value our editorial independence. We keep our reviews strictly factual so you can use them to make informed decisions. Life insurance carriers referred to on this site do not approve reviews.

If you are, you are certainly not alone.

A good part of my early career at a major life insurance carrier was spent trying to help "rescue" Universal life policyholders who had been misled by agents who were either unscrupulous or just plain stupid.

These people certainly had reason to believe Universal life insurance is a scam.

That being said, when sold and disclosed correctly, Universal life insurance or UL is not a scam. In fact, it can be a handy financial tool.

The purpose of this article is to give you an understanding of current UL offerings, how they work, and how they came into being. If you already know the basics, or just want to skip around the article, you can use the quick navigation tool above.

The most common universal life options are Current Assumption, Indexed and Guaranteed.

Current assumption UL- This policy, when designed and sold correctly-more on that later, is meant to build cash values with interest credited to the savings component of the plan.

The savings component is a return of the portion of premium not allocated to insurance cost or administrative fees. The interest credited is based on the general fund performance of the insurer.

How Does it work

In simplified terms -you overpay for the privilege of having the overpayment share in the investment returns of the carrier. If the insurance company's  returns are not above the policy floor (usually 2-2.5 %) the policy is credited with the floor rate.

These policies can be powerful tools if designed correctly and sold with clear communication.

The genesis of the "universal life insurance is a scam" theme

However, precise communication has not always been the case. Significant lawsuits arose in the mid 90's over policies that were sold in the 1980's.

The complaint was that the policies were sold anticipating unsustainably high-interest rates and not designed to maximize return. The result being that when rates began to fall, increasing mortality costs ate away the cash value and many of the policies "imploded" and lapsed.

So after paying for years on policies that were sold as "permanent" customers were left with no insurance.

This was not a good look for insurance carriers. and reforms were undertaken. Illustration software started capping the interest rate (this is product specific, but 7% is the most common max ) that could be "sold" as reasonable to assume.

Further, a midpoint column between the guaranteed column and the more rosy sales prediction became prevalent.

In addition to being well over-optimistic about the future of interest rates, the sales forces were equally shady when it came to explaining the premium payment structure.

The first of these is a minimum payment (this is used in the calculation of limited guarantees).

Lastly, you should be given a max non-Modified Endowment Contract or MEC) payment from your advisor. If the goal of this policy is to gain cash value, as it should be, the max non-MEC payment is the right choice.

However, because interest rates were calculated at so high a rate, agents often advised making minimum payments, assuming that the interest credited would keep the policy healthy.

History shows us that it didn't happen that way and the reforms have taken much of the sizzle out of current assumption UL. The steak remains a solid meal, just no hype.

When the sizzle came off of traditional current assumption life, carriers raced to find the next "hot" product to sell. As it has turned out (after nearly 20 years), they were on to something.

Indexed universal life operates under much the same rules as current assumption with the except for how the policy cash value is credited.

Universal life policies are credited in correlation with the positive returns of the equities index chosen by the policy owner from the options available.

the floor remains, so there are no "negative" gains. The carriers achieve this by putting caps on the possible return as well as the participation rate.

Naturally, this means that if a policy is tied to the S&P and the index gains 25% in a year, the plan will only credit to the cap (usually 12-14%).

Many policy owners will take this trade-off in exchange for no losses.

If you are wondering how policies are credited with a floor in terrible stock market years (think 2009), the answer is that the carriers keep the vast majority of the general fund in bonds and buy  options up to the policy caps. They sell call options over the caps (the carrier doesn't keep the difference in good years).

The result of this innovation has been a stable product that has returned 1.5-2% better than current assumption UL.

However, weary of overinflated stock return projections the National Association of Insurance Commissioners (NAIC) passed regulation limiting projections to 7% with a midpoint and the guarantee.

Additionally, NAIC regulations dictate that the loan rate cannot be illustrated at more than 1% less than the crediting rate. The reason for this is to limit policy loan arbitrage illustrations.

If you have a specific index you would like to be used as the crediting vehicle, make sure your Agent knows this. An independent Agent with access to multiple carriers will likely be able to either provide a carrier who offers the specific index.

Just as important, an experienced Agent will be able to show why the choice of index may be less critical than other policy features such as caps & loan rates.

Unlike current assumption UL or indexed UL, GUL is not  designed to build significant cash value. Nor has it been subject to the "universal life insurance is a scam" theme.

Instead, GUL is a means to provide the most economical option for permanent insurance.

While more costly than the 20 and 30-year term policy's you commonly see, these policies don't expire as long as the premium is paid. This premium is  less costly than a traditional whole life plan or either of the UL plans discussed earlier.

A GUL is often referred to as a hybrid policy in that it provides the benefit of a term policy at a lower cost than either permanent policies or annual renewable term policies.

A GUL is often the right decision for people who want permanent insurance without an attached savings vehicle. The negative of a GUL in relationship to a policy that builds cash value more aggressively is that you do not have the payment flexibility that a cash value policy affords

You might not know that different insurance companies will also treat each case differently. That is your story matters and is an important component to underwriting classification.

For example, Prudential Financial may have more of an appetite for a particular type of risk that  SBLI does. In such a case the underwriting grade will reflect this increased appetite.

So, if your Agent only represented one carrier and you found out later that you could have gotten a rate 19% or 39% better, how would you feel?

You'd probably be angry either at the agent or yourself,  likely both. So it's essential that your Agent represent multiple carriers.

Most good independent agents will have access to over 50 carriers. This ensures the best chance at the best rate.

Note that if he doesn't have access to alternatives, he may not be interested in telling you.

Because life insurers manage their appetite for specific risks by being more lenient or more stringent with underwriting grades, you need to know which company will grade you a preferred plus risk and which ones will grade you as standard.

Simply give us a call or shoot an email over and we can get you started.

We are committed to totally transparent pricing (we'll even share our computer screen with you if you'd like), and making the application process as painless as possible.

If you have any questions, We'd like to know.

The Time to get covered is now!...

See Just How Easy Buying Life Insurance Can Be.... 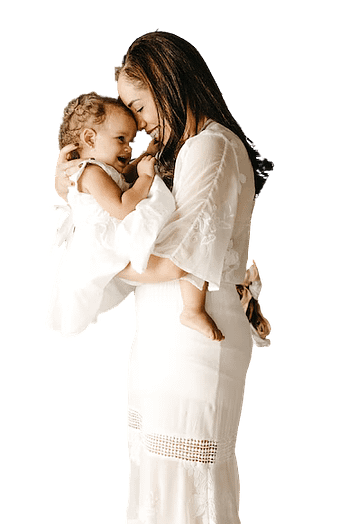